Mangalgiri Municipality was formed in the year 1959 and now is 2nd grade Municipality with a population of 73,613 as per 2011 census.The Municipality at present having an area of 10.58 sq.KMs.The town is the head quarters of Mangalagiri Mandal under Guntur revenue divison.It also forms a part of the Andhra pradesh capital region.Mangalagiri municipality has a total of 32 election ward

The Mangalagiri town has derived from its original name “TOTADRI”. The Mangalagiri denotes that Mangala is Subham and GIRI means a Hill i.e., a hill which gives subham to the people and also there is a story that the supreme Lord to all subhams are Vigneswara and the shape of the Hill is like head of Elephant/Vigneswara. Hence it is called as Mangalagiri. 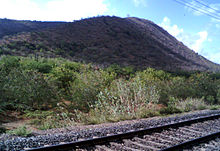 The climate in Mangalagiri is tropical. The hottest months are from March–May and the coolest months from December–January. It receives south-west in the months of July–October and north–east monsoons in mid December. The average annual rainfall is 50–60cm. The summer temperatures varies from 44–46°C and the winter temperatures from 22–23°C.